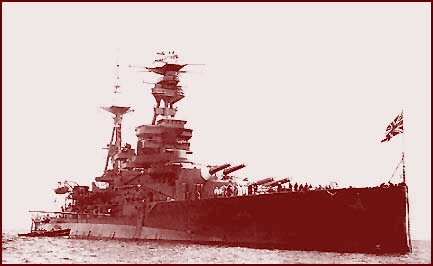 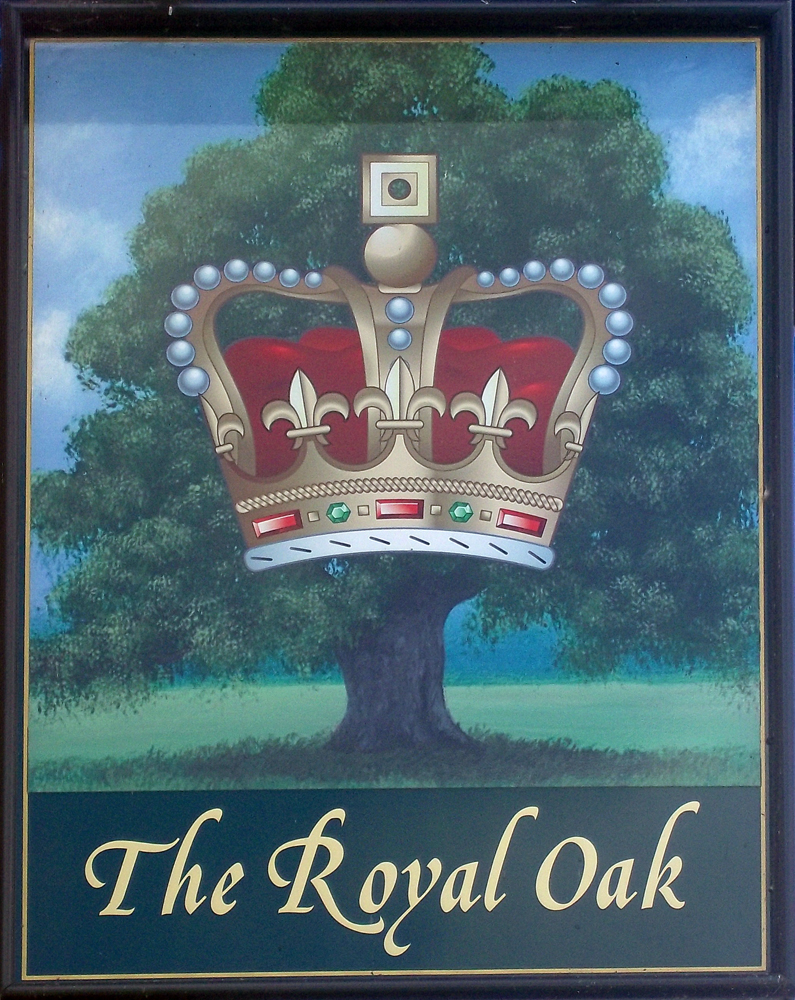 The original "Royal Oak" was the English oak tree within which the future King Charles II of England hid to escape the Roundheads following the Battle of Worcester in 1651. The tree was in Boscobel Wood, which was part of the park of Boscobel House. Charles told Samuel Pepys in 1680 that while he was hiding in the tree, a Parliamentarian soldier passed directly below it. The story was popular after the Restoration, and many pubs were named after it - it is the third most popular pub name! Our pub would have been named after the tree, and the pub sign would have alluded to this. The sign from the Royal Oak at South Cerney is a typical example of this.

There have been eight warships of the Royal Navy named HMS Royal Oak since 1664.  The most recent was a Revenge-class battleship launched in 1914 and sunk at anchor in 1939, in Scapa Flow.  On 14 October 1939, Royal Oak was anchored at Scapa Flow in Orkney, Scotland, when she was torpedoed by the German submarine U-47. Of Royal Oak's complement of 1,234 men and boys, 833 were killed that night or died later of their wounds. The wreck of Royal Oak, a designated war grave, lies almost upside down in 100 feet (30 m) of water with her hull 16 feet (4.9 m) beneath the surface. In an annual ceremony to mark the loss of the ship, Royal Navy divers place a White Ensign underwater at her stern.
P0/X 1421 Marine Verdun Loos James Pierpoint was a Wantage man killed at the age of 22 in the sinking.

The Wantage branch of the Royal Naval Association had met at the Royal Oak for some time, and in 1980, the landlord at the time, Henry Samuel, was given permission by the Courage Brewery, who owned the pub at the time, to have the pub identify changed to HMS Royal Oak and the inn sign has represented the ship ever since.

Read all about it in this newspaper article from the Wantage Herald dated 5th June 1980.